I’m now back in Australia, so these will be the last photos of Korea for a while.

Motorways to the south of Dajeon. 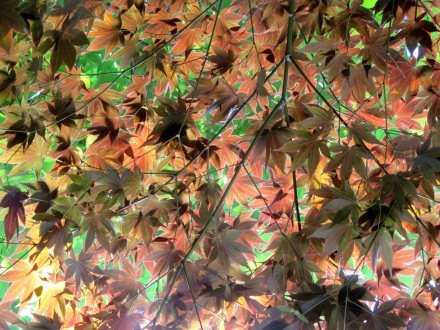 Mallipo beach, the tower of a zipline. 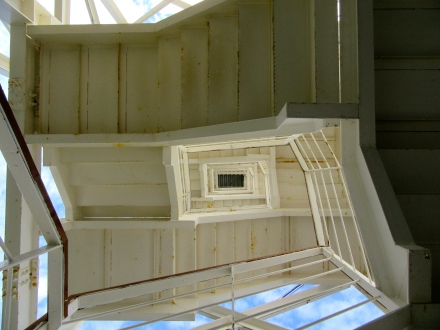 In the grounds of a Roman Catholic church on Anmyeon-do. 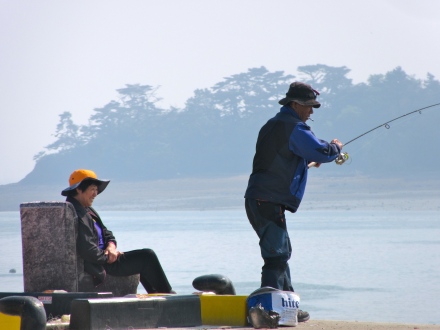 Suwon fortress and nearby church. 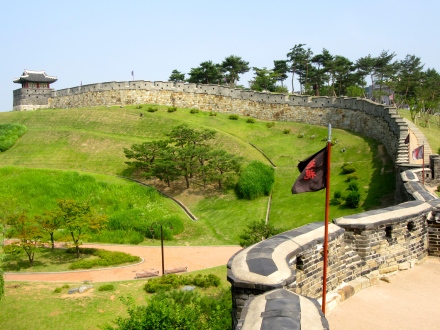 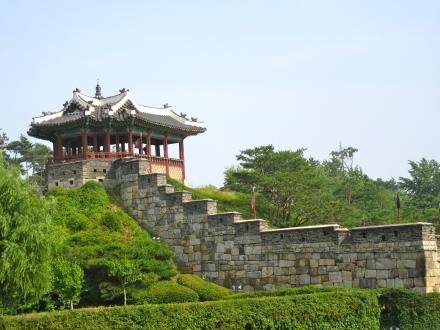 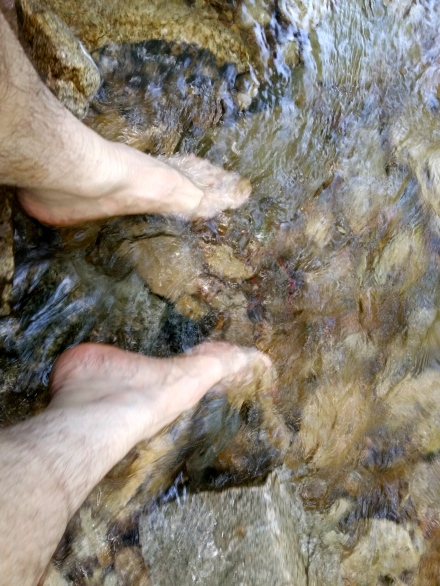 Lotte tower, Seoul. It is impossible to get all of the tower with nothing else.

Uam historical park, Daejeon. Because I’d been there a number of times, I wanted to try something different, so took a batch of monochrome photos. 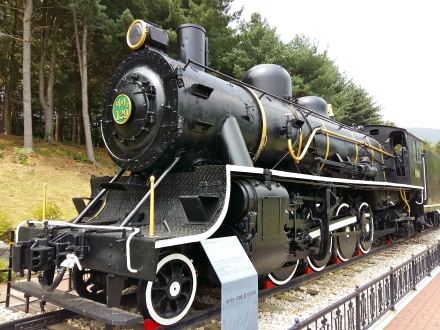 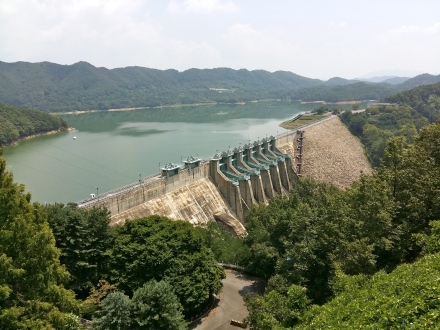 A temple somewhere near Daejeon. 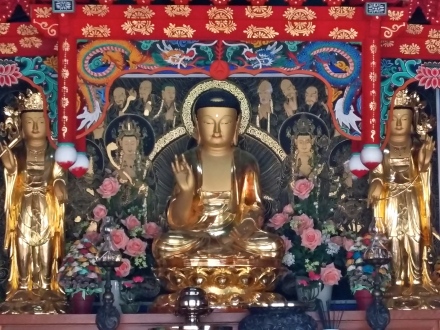 A few weeks ago, I went to a national cemetery on the outskirts of the city I’m living in. At one point, I took two photos six seconds apart of (a modern reproduction of) a traditional pavillion reflected in a pond, adjusting various things in the time between. Looking at the two photos, one is ‘almost but not quite’ and the other is now in my album of ‘very best photos’ for this year. The differences are small: in the first, a few leaves on bush on the near shore are visible, along with a band of the reflected sky; in the second, I’ve zoomed slightly, framing out the bush and sky, and including less of the trees at the top. The reflection is not quite symmetrical horizontally, but the fish fills the extra space. It may not be the best photo ever, or even my best photo ever, but I unhesitatingly chose it among my ‘very best’ for this year. 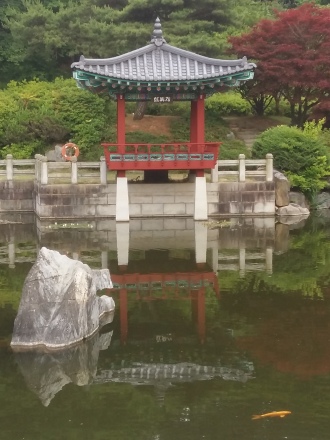 END_OF_DOCUMENT_TOKEN_TO_BE_REPLACED

Yeongdeok, New Year’s Day. One of my wife’s sisters lives near the east coast, so we took two buses there, and another sister and her husband drove from Seoul. The stroke of midnight was underwhelming. We got up early and stood in a park overlooking the ocean. Afterwards, we had breakfast with them and other family members who’d stayed elsewhere and joined us later.

Near Daejeon. I forget the name – it was a valley in the mountains and was frozen solid. 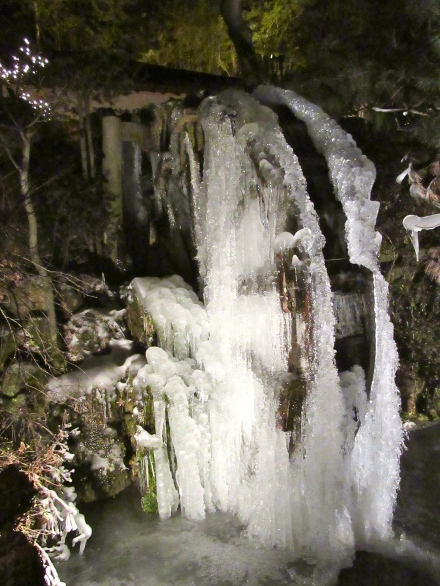 Daejeon from a temple in Bomunsan. 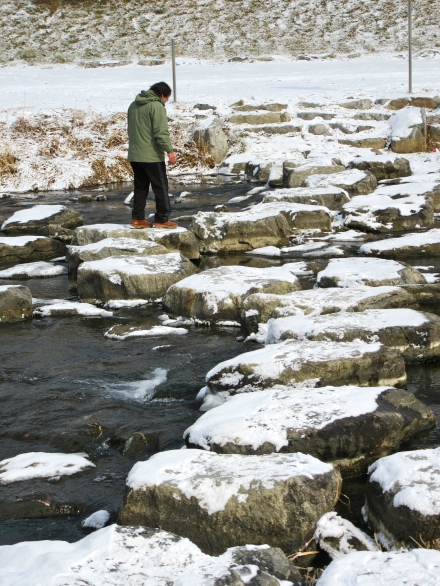 Part of the Donghaksa temple complex (there isn’t much signage in English, so after two visits I still didn’t know what is which). 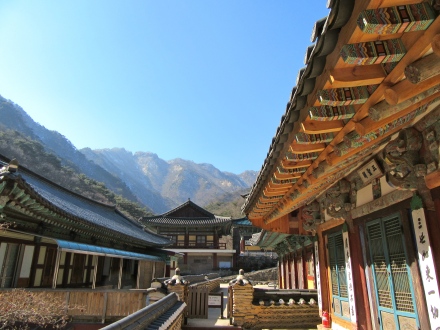 Until this point, the path followed the creek. This is the first serious climb over the mountain to Gapsa and Gongju. I walked to the top of the stairs, but the view was hindered by the low angle of the sun and lots of shadows. I want to walk through to Gapsa on some future visit. 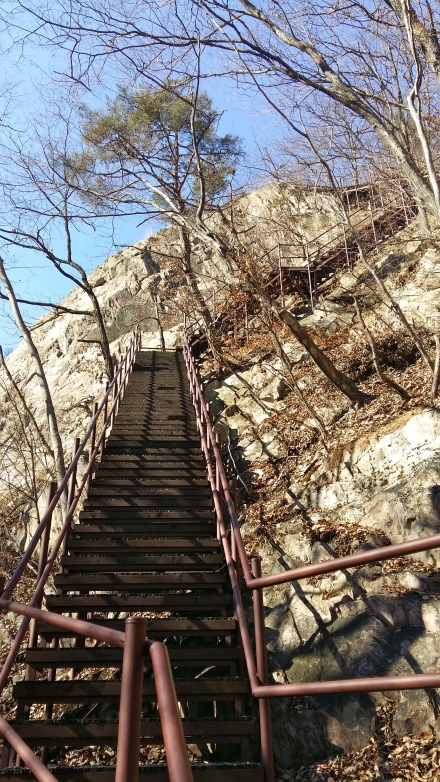 Fennec fox, Daejeon aquarium (which also has a small zoo)

Daejeon from Bomunsan, with the Expo tower in the distance.

Sangdangsanseong fortress, Cheongju. I take most of my photos with my camera. I took this one, showing the best overview of this portion of the wall and the main gate, with my phone. Compare this and the next one.

In one of the buildings of my university. The two people walking past was a happy accident. 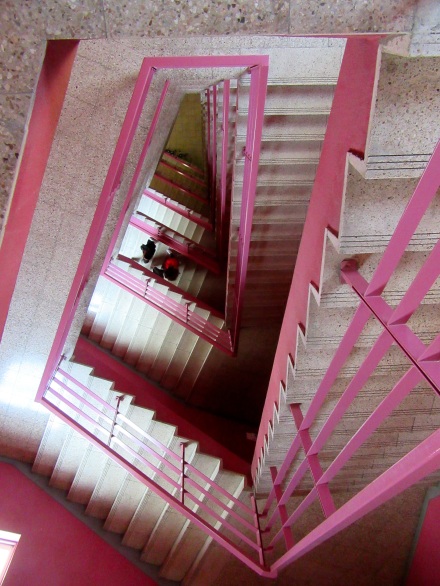 Daejeon from Sky Park again. I walked up in the snow to take photos. 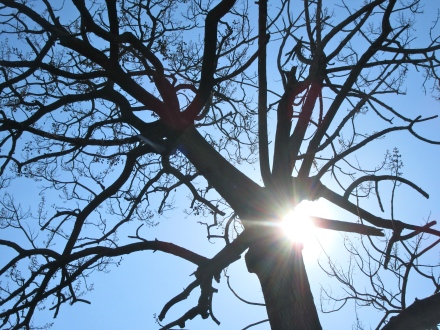 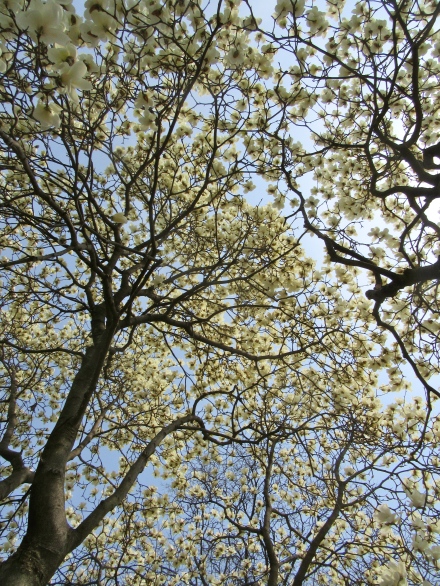 In the church garden. 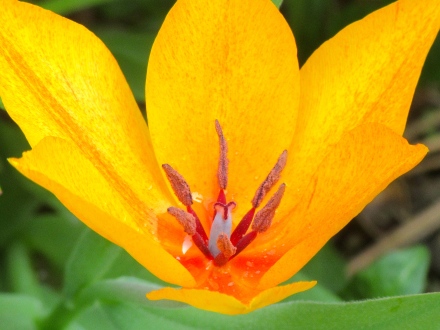 National War Memorial, Seoul. On my first trip I took a photo of the inside, showing the stained glass visible at the bottom. I have an inkling that the equivalent statue in Pyongyang is not as conciliatory. 통일을 원한다!

Suburban Seoul from the Seoul city wall near Naksan Park. 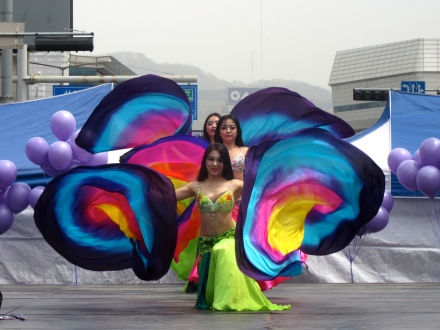 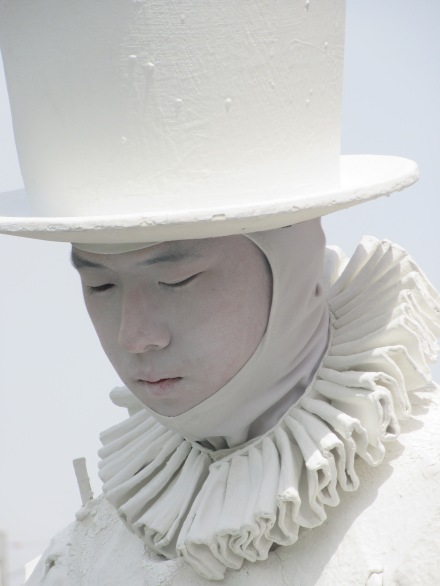 Artwork at a university in Wonju.

I have just been on holidays for three weeks. One of my few accomplishments has been to select the best photos from my first four and bit months in Korea (with a side trip to Japan).

(I have been having a lot of trouble with WordPress’s photo insertion functions. Among other things, I have not been able to add captions. I know how to, but it won’t let me.) (PS preparing for our trip to Korea in Dec 2022 – Jan 2023, I am attempting to add the captions another way.)

END_OF_DOCUMENT_TOKEN_TO_BE_REPLACED

During my first stay in Korea 2006-2009, I took about 25,000 photos. After exhaustively sorting and selecting, I have an album of 126 ‘very best’ photos. This and the previous posts do not include some photos of me, my wife or our relatives or friends. At this stage, only the briefest of descriptions.

END_OF_DOCUMENT_TOKEN_TO_BE_REPLACED

During my first stay in Korea 2006-2009, I took about 25,000 photos. After exhaustively sorting and selecting, I have an album of 126 ‘very best’ photos. This and the surrounding posts do not include some photos of me, my wife or our relatives or friends. At this stage, only the briefest of descriptions.

END_OF_DOCUMENT_TOKEN_TO_BE_REPLACED

During my first stay in Korea 2006-2009, I took about 25,000 photos. After exhaustively sorting and selecting, I have an album of 126 ‘very best’ photos. This and the surrounding posts do not include some photos of me, my wife or our relatives or friends. At this stage, only the briefest of descriptions.

END_OF_DOCUMENT_TOKEN_TO_BE_REPLACED

During my first stay in Korea 2006-2009, I took about 25,000 photos. After exhaustively sorting and selecting, I have an album of 126 ‘very best’ photos. This and next few posts do not include some photos of me, my wife or our relatives or friends. At this stage, only the briefest of descriptions.

END_OF_DOCUMENT_TOKEN_TO_BE_REPLACED

If those of you who don’t know me personally have wondered about the lack of posts recently, here’s the explanation –

Today is the ninth anniversary of my first arrival in South Korea. This is not entirely coincidental; most English teachers in Korea (very much so at universities and less so at language colleges (hagwons)) start in September or March, being the start of the two academic semesters. I lived and taught English in Korea from September 2006 to February 2009 — one and a half years at a hagwon in a regional city (in order to be semi-vague in order to remain semi-anonymous, either Daegu or Daejeon) and one year at a government high school in a satellite city of Seoul, where my girlfriend>fiancée>wife lived. During this time I looked for future job opportunities, and noticed a number of advertisements for teaching staff at Korean universities. The standard requirement was a masters degree and two/three/five years teaching experience.

END_OF_DOCUMENT_TOKEN_TO_BE_REPLACED

On Monday, the topic in the textbook was what it called ‘big events’, including  festivals, parades, protests, sporting matches and concerts. I mentioned the Boryeong Mud Festival in Korea, which I attended in July 2007. After class I decided to find a video on Youtube to show them. I was also looking for a way to lead into the week’s big grammar point of relative clauses, which I thought the textbook introduced rather clumsily. At home I found this video, and while watching and listening through I realised that it was full of relative clauses. I don’t think I caught them all just by listening the first time at home, or the second time in class the next day, but later I transcribed the first four and a half minutes.

END_OF_DOCUMENT_TOKEN_TO_BE_REPLACED

I have worked as a music teacher, legal and magazine editor, and English language teacher in Australia and South Korea. I have lived in various parts of Australia, and in South Korea for two periods totalling three and a half years. I hold qualifications in linguistics, TESOL and classical music. My interests include language and languages, music (listening to, singing in choirs, composing), reading, movies and TV, photography and travel.

“Linguistics is a kind of affliction, making the afflicted person incapable of not noticing points of interest in linguistic material.” – Geoffrey Pullum